Thor is a superhero from the Marvel Comics. He was created by Jack Kirby and Stan Lee, inspired by the homonymous Norse God. The Asgardian Thor is the son of Odin and Gaea. His vitality is such that he can survive for long periods in the vacuum of space unprotected and be in combat for hours without feeling tired. His flesh is denser to that of mere mortals, so he has a high resistance to pain and physical harm, and also possesses immortality thanks to enchanted apples that only can be found in Asgard, the speed of lightning and his bones are extremely dense. The rest of Thor’s powers (control of elements and energy, flying

This mighty Thor costume includes a muscular blue jumpsuit, with built-in belt and metallic details and a red cape. 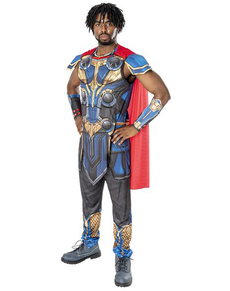 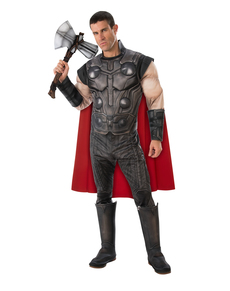 Upload your photos to Instagram with the hashtag #funidelia followed by #funidelia05994.