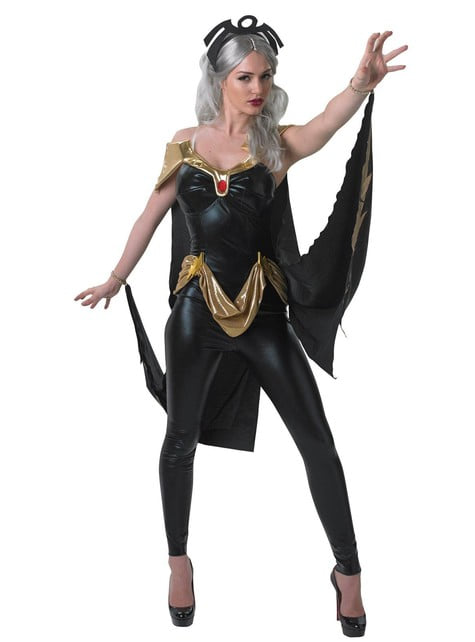 Storm Marvel costume for a woman

The X-Men, is a group of superheroes from the Marvel Universe, created by Stan Lee and Jack Kirby in 1963. The series is based on the idea that human evolution would remain active, and find itself at a crossroads, in which a new species with great powers and abilities would be born, the mutants. Storm is an Omega mutant with unlimited power. Before joining the X-Men he was a young thief in Cairo and other cities in Africa, but then he joined Professor X and the rest of mutants to fight against evil.

This sexy Storm costume includes a tight, black jumpsuit with gold detailing, a matching cape attached to the wrists and a black headband with a moulded symbol.

Upload your photos to Instagram with the hashtag #funidelia followed by #funidelia05991.