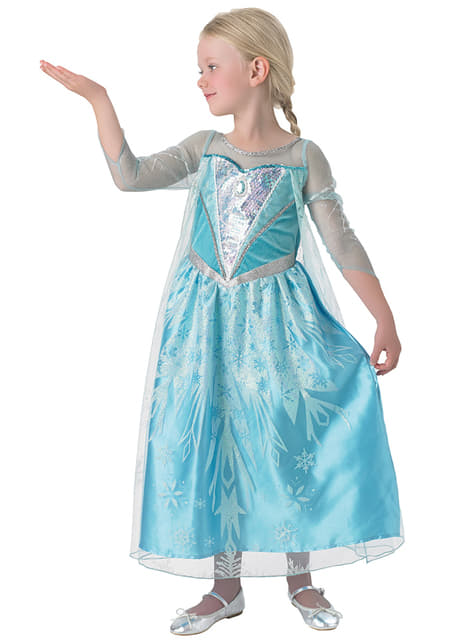 You will demonstrate that you have the same skills with ice as Elsa Frozen, you are the best Snow Queen with this Elsa Frozen Premium Child Costume.

Elsa, princess of Arendelle and heiress to the throne, is born with the ability to create and control ice and snow. As a child, she uses her abilities to create a winter wonderland to play in with her younger sister and best friend, Princess Anna. One night, Elsa accidentally harms Anna with her powers. The king and queen of Arendelle hurriedly take Anna to a tribe of mountain trolls to be healed. While healing Anna, the trolls inform the royals present that Elsa's abilities will grow, becoming both beautiful and very dangerous so she must learn to control them. Three years pass, and Elsa, now of age, is set to formally succeed her father as the queen of Arendelle. The coronation goes on relatively peacefully, untill Elsa gets angry and turns Arendelle into ice. Elsa is running away and Anna determined to find Elsa and bring her back, travels through the mountains, encountering Olaf and a mountain man named Kristoff. They reach the ice palace, where Anna attempts to persuade Elsa to return home and mend their relationship.

This magical Elsa Frozen Costume includes a blue dress with a silver section on the chest and blue transparent sleeves. With details of white snowflakes on the semi-transparent double layer skirt. 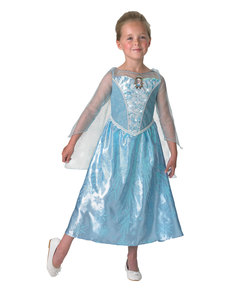 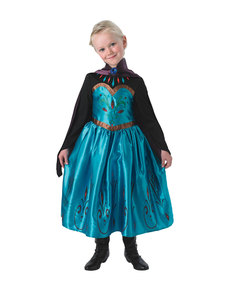 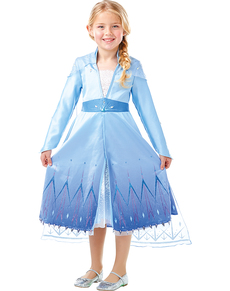 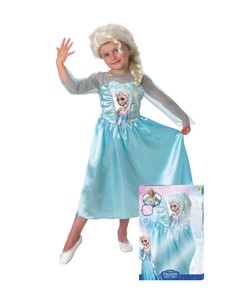 Frozen Elsa costume with wig for a girl 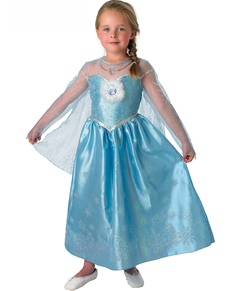 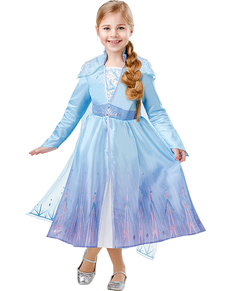 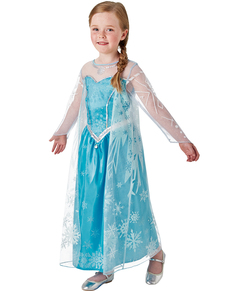 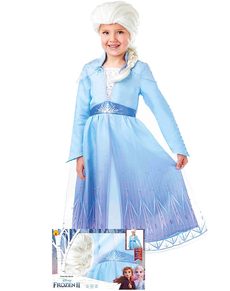 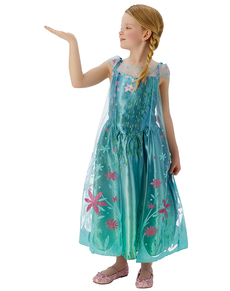 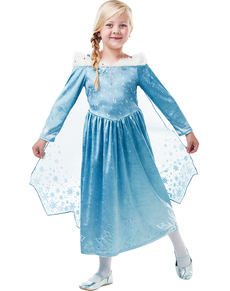 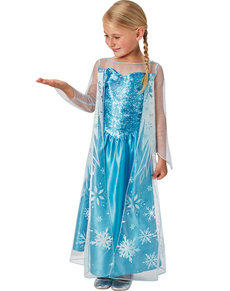 Upload your photos to Instagram with the hashtag #funidelia followed by #funidelia12860.