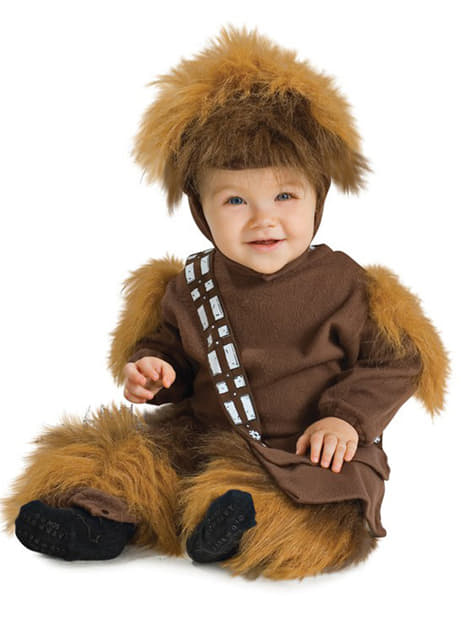 Chewbacca costume for a child

You’ll be Han Solo’s best friend and pilot the legendary Millennium Falcon with this Chewbacca costume for a child.

Chewbacca (or Chewie as his friends say) was a legendary Wookiee from Kashyyyk and co-pilot of Han Solo's ship, the Millennium Falcon. Chewbacca was a wise, sophisticated being with great strength and loyalty. He was also a skilled mechanic. Star Wars is an American media franchise belonging to the genre of science fiction, and was conceived under the screenwriter, director and film producer George Lucas. The plot is situated in a very distant galaxy, where there has been a confrontation between the Jedi and Sith for centuries.

This sweet Chewbacca costume includes a furry brown jumpsuit, which includes a Chewbacca belt and bag. The costume is completed by a headpiece with brown hair.

Upload your photos to Instagram with the hashtag #funidelia followed by #funidelia20457.